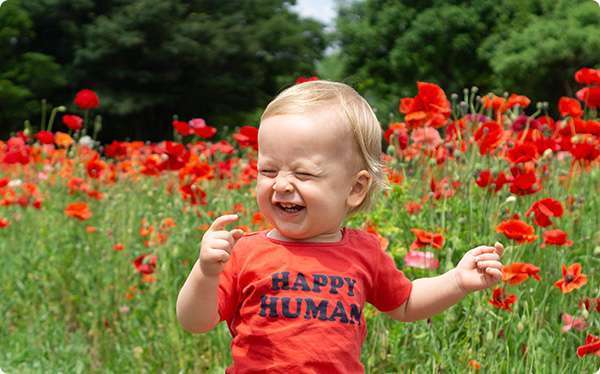 When and how should my baby transition from 2 to 1 nap?

How and when should my baby transition from 2 to 1 nap?

Nearly all babies go through the stage where 1 nap isn’t enough, but 2 naps are too many.

So, what can you do about this? How do you know whether she is ready for 1 nap, and if so, when?

The 2 naps to 1 transition is probably the trickiest one to master so you need to make sure she is ready for it when you start.

How do you know when she is ready?

Her age. The transition normally takes place between the ages of 15-18 months. Some a little later, some a little earlier, but not as many babies fit into this category as you may think.

Sleeping through the night and consistently getting 10 and a half to 11 hours uninterrupted sleep. (Easier said than done if you have never had a good sleeper but try to get this as close as possible before making the change).

Falling asleep quickly but only taking a short nap, (meaning they were possibly under tired)

With all of the above, make sure it is a consistent change and has been like that for about 7 days so you know it isn’t just a blip.

Common mistakes with the nap transition:

Thinking she is ready earlier than she actually is. I know a lot of mums think their little one is ready at 11 months, but I can promise you now, this is the exception and can usually lead to more problems further down the line.

Thinking that because she occasionally refuses to go to sleep for the morning nap, she mustn’t need it. (We all have our off days where me may be a little grumpy, like to test, challenge and rebel, so don’t let the odd day be your guide).

The same goes for the afternoon nap, the world is an exciting place and she may just have the odd overstimulating day.

She misses a nap, falls asleep very quickly at bedtime and sleeps through the night for the first time ever. You would naturally think that cutting the nap would mean she sleeps through, but this may be very short lived.

What to expect and how to combat it:

Expect there to be a bit of crankiness and grumpiness. She will be tired, so it is to be expected. What you don’t want is the tired baby becoming an overtired baby. This then opens up other sleep challenges with potential behavioural challenges for you to combat, which will make the transition longer and harder.

Solution – early to bed. You can go anything up to 1 hour early and it not cause her to wake up earlier. Bedtime is the optimum time for catching up on missed sleep.

Solution – stop clock watching as much and follow her sleepy cues. To expect her to go from 2 naps a day to 1 nap every day instantly will be asking too much. It maybe that you allow the morning nap but cut it short to still get the long afternoon nap, alternatively, it may be a long morning nap with a cat nap in the afternoon to break up the wakeful time and get her through to bedtime.

How to make the transition:

There is no one way to do this and no set length of time it takes. It is very much down to your baby as to how you help her transition. Some take to it in 5 days, others can take weeks. My own little girl took 6 weeks before it was completely embedded.

The most common way is to try and shift the morning nap a bit later each day, so if it normally 9am, move it half an hour later over the course of days to weeks to get it to sit around 12noon, (or when fits with her nursery schedule, if nursery put them down at 1 for their nap, there’s no point you trying to set if for 12 as she will just get overtired on nursery days and it sabotage your nights, this works the other way, if you aim for a 1pm nap and nursery do 12, she will get overtired waiting for her 1pm nap on none nursery days).

If this way doesn’t work for your little one, you may find that you let her nap in the morning but cut it short after 30 minutes, then keep the afternoon nap around 1/1:30pm. The aim being to gradually bring the nap earlier and cut the morning cat nap.

Another thing to consider is what happens at nursery. Some nurseries move babies to 1 nap before they are ready, just because it is the time the other children sleep. You may find they take to this transition fine at nursery, but non-nursery days seem to be a major struggle. If this does happen and the change takes place before she is fully ready, you may need to keep to your standard 2 naps at weekend while she catches up on any missed sleep at nursery and do early to bed on nursery days.

Here is an ideal schedule

These times may need to be shifted a little if you have a natural early bird who likes 6am. This may mean the nap sits closer to 11:30. You don’t want to go too early as that will then cause you problems at bedtime as the wakeful window will be too long.

If you’re not sure on anything, feel free to ask me. I run live Q&A’s on my Facebook page every Wednesday evening, you can send me a message or book a free 15 minute chat with me.