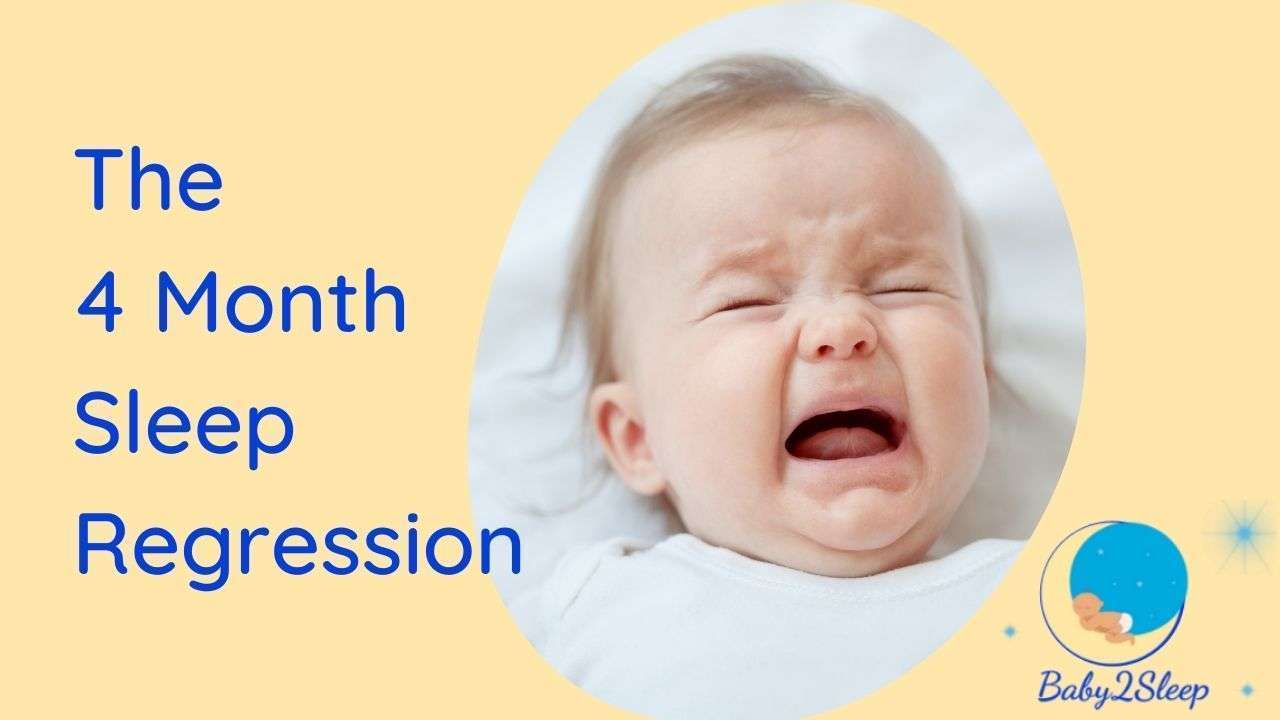 But this stage does not have to be a bad thing. Let me explain a little bit about what is going on with your baby at this time.

So, what is the four-month sleep regression?

First of all, let’s take the word regression out of it and call it brain development. As soon as you take away the negative words, you will naturally start to feel much more confident, and much more able to understand the situation, and you will feel like there is light at the end of the tunnel and you’re going to come out the other side.

So, the 4-month brain development, if we talk about it like that, it’s much more positive and it takes that really negative, ‘I’m dreading it’, feeling away from it.

Let’s explain what’s going on, because it does it does affect sleep, and it’s completely normal that it will affect sleep because they’re going through the biggest development of their entire life, going from the survival instinct (eat, sleep, poo, survive), to starting to notice much more around them. Their vision’s changing. They’re smiling. They’re becoming much more alert. They may start to roll and everything is starting to change around them. And they’re much more with it. You can engage with them so much more.

However, their brain is going into meltdown, into a complete overdrive. It’s basically having an upgrade, and a whole lot of new neural pathways are being created. This needs to happen for the sleep to mature. So, when you think of what’s going on in your baby’s brain, it’s basically having a complete rewire, and it’s only natural that something, somewhere has got to take a back foot, and that usually is sleep, but it’s not forever, I promise.

But this is not true at all – the brain development has happened, but what’s possibly happened is that during that development, you may have implemented some learnt behaviours that have become habits and continued from this point onwards.

So what’s actually happening with the sleep side of things?

For the first three months of a baby’s sleep, there is more of the very deep sleep – so the stages three and four, non-REM sleep and REM sleep.  They literally just drop straight from awake into deep sleep, into REM sleep and that’s pretty much it.  About 12 weeks they start to produce their own melatonin and then around the four-month mark, everything starts to completely change in their brains. And this is when sleep cycles start to form.

There are two new stages of non-REM sleep that have kicked in, stages one and two, which is the light stage of sleep. And the way your baby falls asleep will change. That transitioning, going from being awake to getting to sleep becomes harder and they’ve got to work at it that bit more. Babies may seem like they’re resisting their naps. You might miss their early tiredness cues, because they’re much more switched on, and their cortisol levels are a little bit higher, so they’re really going to struggle to go from being awake to getting to sleep.

As soon as you start to realise that this is what’s going on, you may start thinking, “oh, okay, well, maybe I need to help you a little bit more.” If you don’t know what’s happening, your natural instinct is to think “I want to get through this. I’m just going to feed you if that’s if that’s what it is that you’re going to use”, or rocking or whatever it might be. “I just need you to get to sleep.”

So you do something and it works and you do it again and you do it again. And what’s actually happening is while their brain is going through this development, and all these new neural pathways are being created, you’re creating a big neural trigger, which is the baby’s sleep association. So X happens and sleep is the result and they connect the two and it becomes quite a strong neural trigger. So then they start to expect X and that is the only way they will sleep. 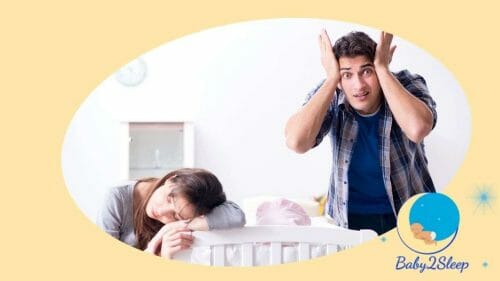 This is how you can get stuck in some things, the sleep could have been OK, and then suddenly this all happens and everything’s all over the place. You end up with this feed to sleep or rock to sleep, that you never had before, and you can’t find a way out of it.

It’s more to do with the fact that you have created this trigger which then becomes a new habit for the baby, who is learning from you. So, a good thing to do, is to have multiple sleep triggers when you’re going through this stage rather than having one strong trigger. Even if you do something 50 percent of the time with the other 50 percent of the time you’re doing other things, that’s also going to help as well, whether it be pram walks or sling naps or rocking, sometimes feeding,  you can mix things up.

So to help yourself out of this situation, start by establishing some different sleep triggers, Then, when you’re ready to make that transition to stop doing X, you’ve already got different triggers there as well and they are more diluted. 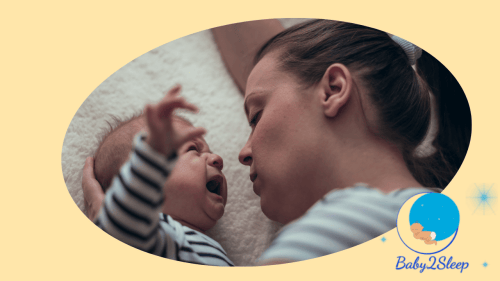 So this is what’s happening during the four-month sleep regression –  they are going through a huge development. And if you can take that on board, if you can understand that this is what it’s about, if you can keep on top of that, and watch your baby’s cues you’re going to be in a much better road and you will be able to get your baby down when they’re tired rather than when they’re overtired and teach them several different ways to fall asleep.

If you would like some more help with your baby’s sleep cycles, please take a look at my online sleep plans, which come with optional one-to-one support if you need it.