Home  >  Uncategorized   >  Sleep tips for Back to School season 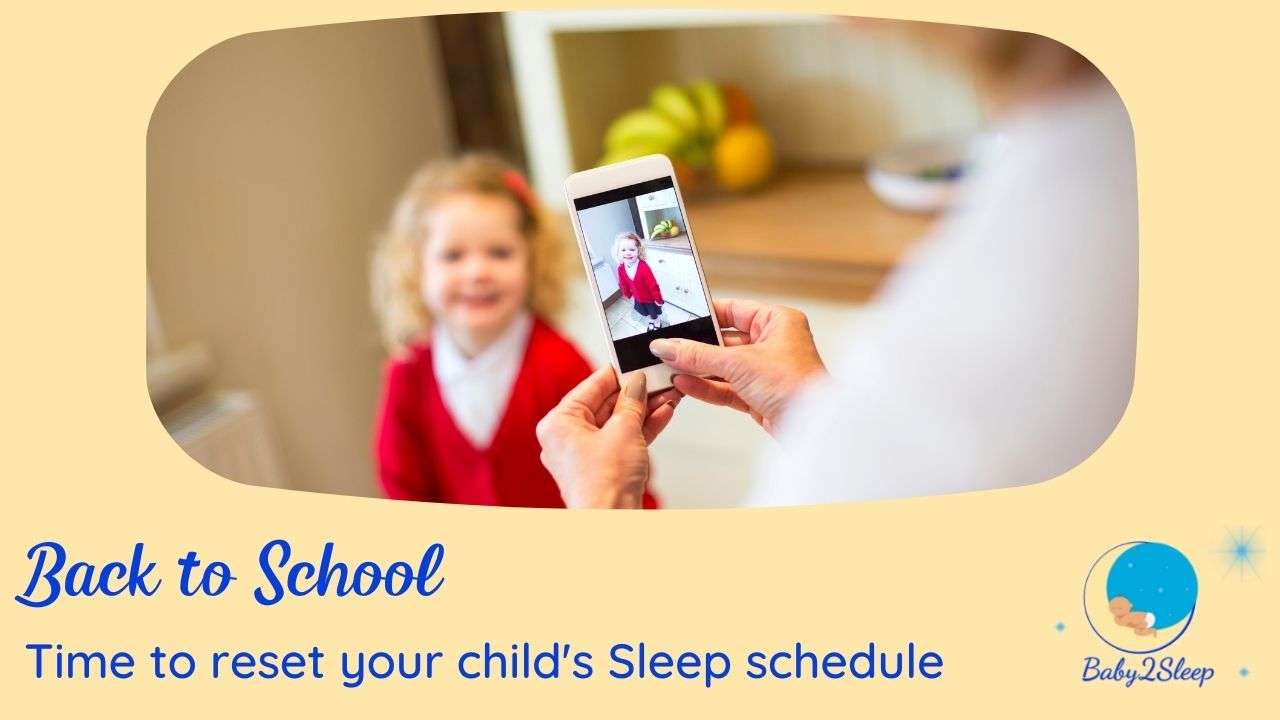 Sleep tips for Back to School season

It’s the beginning of September, and that means back to school or back to nursery for many of our children. So today’s video is about getting sleep back on track after the holidays, so we can get them ready for starting back at school or starting at school for the first time and get their sleep pattern in a better place.

It’s easy to let things slip in the holidays. We’ve not got as much structure, we don’t have to be up in the morning,  and that’s totally normal and it’s completely fine. We want later nights, we might want to go see the illuminations in Blackpool or whatever it might be, and we just push ourselves and our children that little bit more, and then we all enjoy a later wake up the next day.

Six weeks is a long time, and we can completely reset our child’s body clock in that time, to go to bed later, to wake up later.

And then September comes, and suddenly our little one has a habit of going to bed at nine o’clock every night.

Ooh, hang on a minute here. They’ve got to be up at seven because they’ve got school the next day. That’s not going to work. Now we’ve got to leave for school but because they’ve not gone to sleep till half-past nine, ten o’clock the night before, they are overtired and hard to wake, and then they are grumpy, groggy and tired at school and especially when they come home.

So how are we going to get them back down? Their bedtime should be eight o’clock or whatever is appropriate for their age, so we’ve got to somehow shift them to get back into that rhythm. That’s quite tricky, isn’t it?

So what we’re going to do for about a week or so, maybe a bit longer, is start gradually bringing bedtime earlier and start putting things in place to trick the body clock a little bit and get it to work a little bit more in our favour.

Decide what time bedtime is, maybe 15 minutes earlier each night. This works better than doing big changes, because the last thing you want is to suddenly put them to bed at 7.30 and they are just lying there going, “I’m not tired.” If you do that, they will get used to being in that environment and being awake for a longer period of time. And they’ll probably actually go to sleep later than ever.

So we’ll start shifting the bedtime slowly. So it might be 8.45 one night, then 8.30 and just bring it forward bit by bit.

Secondly, we’re going to start trying to get their body clock to produce the hormone melatonin at a time that is more suitable.

We need to create the right environment for melatonin.  What we don’t want, is to have the blinds open, natural light blaring through close to bedtime, because that’s not sending the signals to the brain to tell it that it’s ready to go to sleep and to start producing melatonin, which is the sleepy hormone.  We’ve got to start artificially helping it on its way, because melatonin only produces in dim light and it also likes to produce around the same time every night.

If you think back to the days pre-children, when you used to go on a night out, there would have been a time in the night when you would have started to flag, and that time would have probably been around the time you’d normally go to bed. And you’ll sit there and you’ll go, “Oh, yeah, I’m tired”. It’s normally because you’re in a dark club or a dark pub and you’ll start to feel a little bit tired. Then you push past it because you’re on a night out, and you push yourself through and that’s your cortisol kicking in. This is what happens when babies and children become overtired, the cortisol kicks in and they get a second wind and then they can’t calm down.

So we need to get our children back into a rhythm, producing melatonin at the right time but no cortisol. So close the blinds, probably about a good hour or so before bedtime.

Bananas are a good snack for pre-bedtime if your children like bananas, because they contain tryptophan, which is a precursor to melatonin. It’s a relaxant as well, which is quite nice and helps relax them to go to sleep. 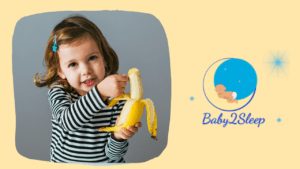 Where the children have got used to going to bed at a later time,  they may still have excess energy that they need to burn off when you start to shift the bedtime earlier. So start by helping them burn it off because we want them to feel tired.

So it could be flicking the music on and having a dance around the living room, or it could be having tickle fights or something like that or big body play or similar, just to try and help get rid of some of that energy.

Then, after a while, we want to start bringing those energy levels down. Move from a physical activity to mental activity. It might be some colouring, it could be some reading together – but whatever it might be, we’re going to start trying to tire their brain as well as their body.

Make sure there are no screens on in the room. This is a really important factor because the blue light from screens is an inhibitor of melatonin. So that’s going to stop that hormone production. So we want to get rid of all of the blue light before bedtime. 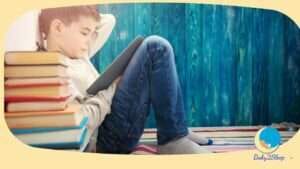 Then finally, sit together and have some snuggles or something before they go to bed. It’s always nice if you can finish things with cuddles together, and chilling out. You might read a story together. You might have a look at some magazines or anything that they’re interested in. It brings some kind of connection to you as well with your child before they go to bed.

And if that’s not what you do, if your child is a bit older and they’re just getting on with things by themselves, again, it’s just about setting the scene, so that they know to sit and calm down. They might sit down in a corner themselves and read a book or they might go up to their room and sit on the beanbag, lower the lighting a little bit and read a book or whatever it might be (remembering no screens!).

So to summarise, go through a three stage wind-down process before bed:

Gradually shift each activity 15 minutes earlier each evening and you will soon reach the place you want to be.

The other thing that you might want to do start doing is to start waking them earlier in the morning as well, because if they wake up late in the morning, they’re not going to want to go to sleep earlier.

So ideally, you’re going to have to play this at both ends. Wake them a bit earlier each day, even at the weekend, so we get them to the point that they’re waking at the time that we need them to wake for school.

I know it’s difficult. It’s horrible, especially if we’ve got used to our own lie-ins, having to set our alarms to go and wake our child up. But you do not want that situation on the first day of school where you’re rushing around like absolute crazy lunatics because you’ve all woken up too late.

So those are just a few top tips on getting your child ready for going back to school and resetting their sleep schedule after the holidays with sleep.