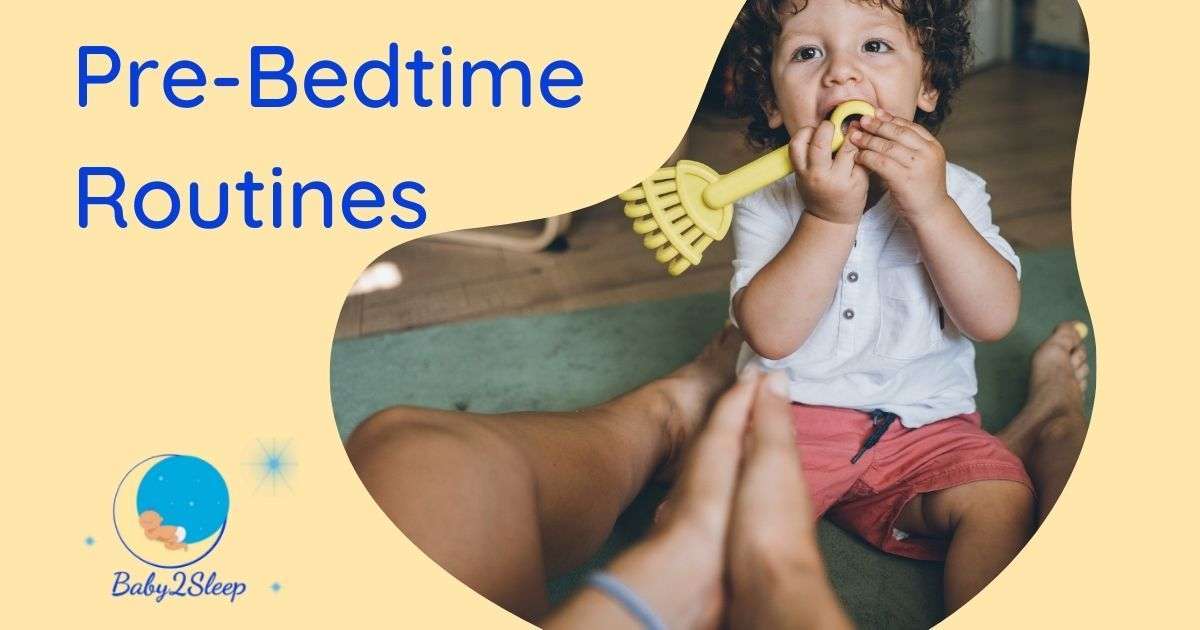 How to set up a pre-bedtime routine

This is something I love to introduce to families, especially when the children get that little bit older, they’re a little bit more aware and they’re running about, and you want to help them wind down a bit  before going to bed. It’s also something that really helps in bringing the family together.

So, for example, say your child’s normal bedtime is seven o’clock. You might want to start your bedtime routine at about half-past six. So I normally say for a pre-bedtime routine, you want to start this about half an hour prior to that, so six o’clock. You might choose to start it a bit earlier, because actually the first bit is really good fun, but there’s no set time to anything – it just gives you some kind of framework to work with.

Start the Pre-Bedtime routine by dimming the lights

When you start the pre-bedtime routine, do what you can to dim or get rid of the natural light.  If it’s winter, put a side lamp on, turn the main lights off.  If as it is now, the sun is still blaring, close your curtains or blinds. Try and get rid of some of that natural light because melatonin, which is the sleepy hormone, only releases in dim light. So, if all the natural light is glaring through our windows, that’s not going to help our little ones going to sleep.

If you think back to when you were a child, there’s no way you would come in from riding your bike when the sun was out and just head straight to bed. You’ve got to go through the process of being able to wind yourself down, and we all have our own little routines to do that. So, I always suggest that you lower the lighting, change the environment, that’s going to help melatonin production.

Then you sit down and you have tea and it might only be half an hour, but although half an hour to us isn’t very long, half an hour to a baby or a toddler or a child is a really long time for them to have to sit still. So they might have some of this pent-up energy that they need to release. This is why we need some pre-bedtime fun ahead of the main bedtime routine which is very calm indeed

Start by turning off all screens and paying attention to your child from the start of the pre-bedtime routine until they are in bed. This is your family time. You’ve had your tea and you go into the living room or whichever room it is that you do everything, then you switch things up and have some fun. And this is going to be the pre-bedtime routine. 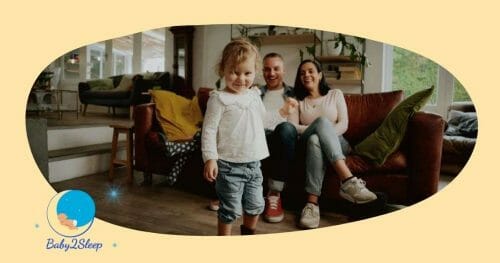 Split it into three – the first section being fun, play, laughter. It could be big body play, tickle fights. It could be dancing. It could be your child putting on a performance for you, anything where they’re going to get rid of some of this extra energy that’s kicking around there. Let them burn it off.

Give them some attention as well. Let’s enjoy our children. Let’s laugh with them, because the thing is as well, especially if you’re dreading bedtime, if you’re at the stage where you get all the stalling tactics or you’ve no idea how many times you’re going to be woken up in the night, do you know what, if your anxiety levels are lessened before bed that actually the little one is going to pick up on all this as well and may find it easier to calm down. So, what we want to do is make sure there’s laughter – that’s the sort of thing that releases those endorphins that feel good, feeling.

Then for the next section wind it down a little bit. So this could be jigsaws, it could be orchard games, it could be building blocks. It could just be playing with cars.

It could be some really quite intense one-on-one play if you wanted to or you could be doing some academic coaching with them. So you could describe all the things that they’re doing and what is in front of them. 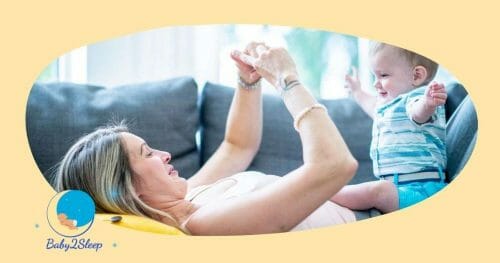 So an example I like to use a lot is, for example, say they’re building a tower. You might say what they’re doing. “Oh, so you’re putting the red block on top of the blue block, you’re building a tall tower” Sounds ridiculous, I know, however, what’s going on in your child’s head is, “Oh, this is red, this blue, I’m  putting this “on top of”,  I’m building, this is tall and it’s a tower.”

So what we’re actually doing is we’re mentally tiring that brain, and we’re mentally stimulating them as well. By the way, while this is also going on, your little one’s also thinking “wow, mum or dad or both of them, they’re noticing me and noticing everything I’m doing. I am their sole attention.”

There are no phones. There’s no distraction. This is our time. It makes such a difference – they will be contented and that leads to them becoming calmer.

Then, the third stage, move to some stories. And if you give them milk before bedtime, this is a really nice time to do it. Sit down together and have stories and milk and have some cuddles while you do it as well. Always give them a warning so they know when you’re going to actually finish things; “After this, we are going to do X” so they’re aware of what’s coming, then you won’t get that tantrum or that that push back because they don’t want to move on to the next thing. So always make sure they’re aware. And then from the stories, go straight up to the bathroom and start the bedtime routine.

Play around with different combinations of activities and timings in the three stages until you find what works for you best. I’d love to hear your comments  – what does your pre-bedtime routine look like?