Home  >  Advice   >  Build your own Sleep Plan: Review and Testimonial 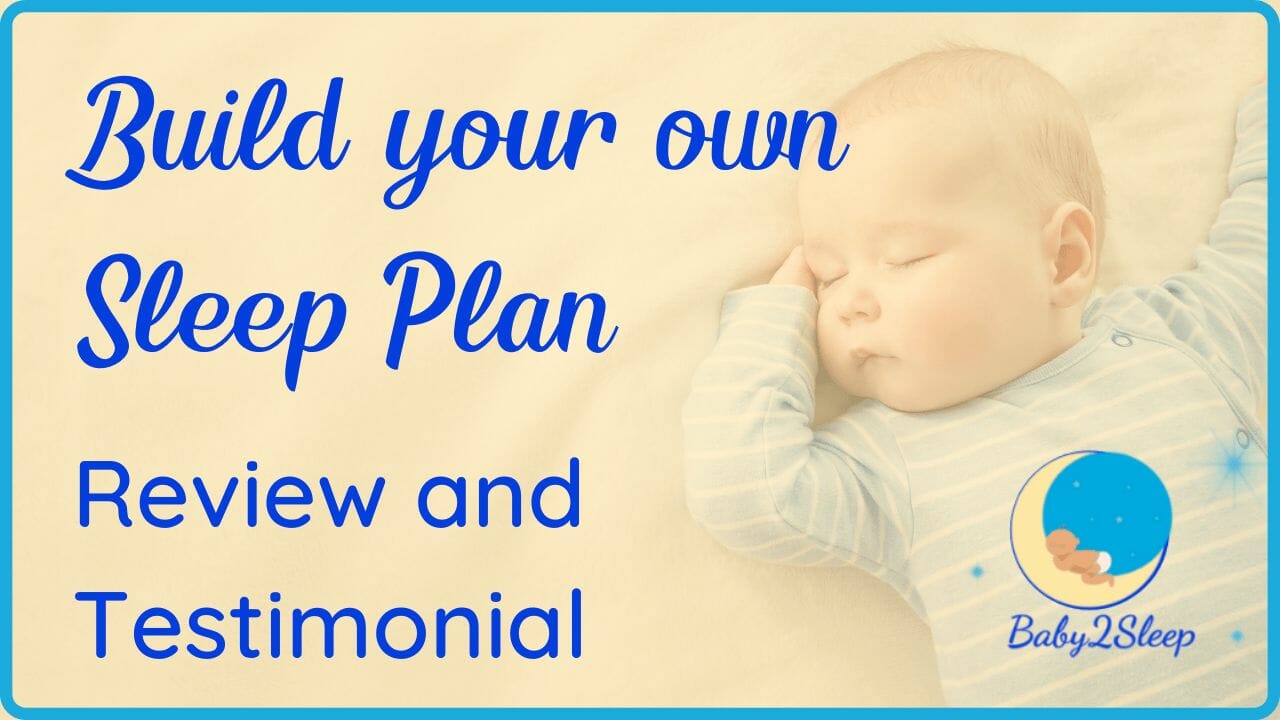 Build your own Sleep Plan: Review and Testimonial

I’m really excited this week! My new product – the Behaviour and Sleep Support Guide for children aged from 20 months to 6 years, is in the final stages of production and will be launched next Friday. This product follows on from my hugely popular Build your own Sleep Plan series, but as your child grows older, you may find that behaviour problems in the day have a knock-on effect on sleep and bedtime routines, and so I have added some behaviour tips on top of the sleep advice, to make a fully comprehensive programme.

If you are reading this before Friday 15th October and you are interested in this programme, please sign up  here to join the waiting list and you will get a 20% off coupon on launch day

I’m up to my neck in final preparation for the launch this week, so I didn’t do a new video for you. So I thought I would share a testimonial video I filmed with Charlotte, who purchased my Build your own Sleep Plan package when her little one Elliot, was 13-14 months old.

You can watch the testimonial video here:

or read the transcript below

So, Charlotte, just give us a little bit of information as to what life was like before, a little bit about your little one, and what made you reach out for some kind of help.

I’ve got a little boy called Elliot, he’s now just over 2, and his sleep had always been a nightmare. He would wake up every half an hour – we were co-sleeping. He was breastfeeding, probably every 90 minutes to 2 hours overnight. He just wanted to be near me, on me, all the time. And nobody in this house was sleeping as a result, and I went back to work trying to do shift work with a non-sleeping baby.

It was just horrific. And I needed an answer and I needed some support and I needed just something to help him to consolidate his sleep and learn how to sleep.

I try not to think back too much to life before the plan, because it was horrible. You’re trying to enjoy being a new mum,  but we were just so sleep-deprived that I don’t think we were enjoying him as much as we could have been.

It’s hard, isn’t it? Because everybody around you says to you “that’s just life with a baby”, but maybe they have one that just wakes up a couple of times a night and goes back to sleep and they think that’s what sleep deprivation is.

Yeah. And everybody kept saying to me, “Oh, that’s normal. This is what babies should be doing.”

But when you’re trying to still do normal life around being a mum and looking after a child, it’s just it doesn’t feel normal. And everybody around you is saying, “oh, my baby’s sleeping seven till seven, no wake-ups, they’re a dream. And you’re thinking, “Well why do you think my baby is normal if that’s what yours is doing?”

So what was it that made you opt for the Build your own Sleep Plan?  How old was he at the time?

I tried other plans that were very rigid  –  where your baby should be doing this at this time, there should be a two-hour nap in the middle of the day, they should be self-settling, you can walk out the room.

I thought, great, let’s give something new a try. It can’t hurt. And within I think within a few weeks we’d seen a massive difference and it just gave me confidence to go with the plan.

Fantastic. How did you find the information on the videos?

It was really good and I liked having the video because I could keep going back to it if there was anything, I thought, well, I don’t think I’ve absorbed this enough. I could go back, have a look at the video.

I could show my husband, he could have a look at the videos. And we were then on the same plan – we both knew what we were doing and we could both be consistent with it.

Yeah, just making sure that we were both right, we’ve watched this video, this is how we’re going to do it. We like this aspect of the plan. Let’s make sure we implement it together.

And we were both on the same page.

How have you found the support afterwards?

The Facebook group was great because I could just put a message up and say, this is where I’m at, we’re halfway there, we can lay him in the cot. He’s still a bit unsettled overnight. What can I do to help that?

And the response I got back for me was great. It was timely, and it was reasonable as well.

And that’s the one thing I really took away from it was looking at him and saying, “Right, he is tired now. OK, it’s not the normal time he’d be going for a nap but he’s tired now. Let’s put him down for a nap.

And the results we got back, it was great and amazing! 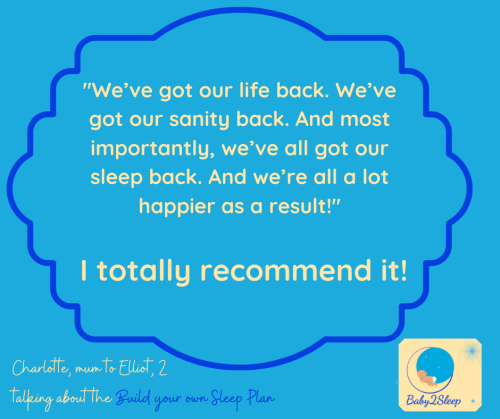 Did you find that there were lots of tears?

I think in the first few days, the first night we did it because it was new, he was like, “hang on, this isn’t what we’ve done before. I’ve been fed and rocked to sleep and I’ve been in a deep sleep before you transferred me to the cot”,

We put him down in the cot awake. We were with him. He was a little bit unsettled, but by the second night, he was less unsettled and he knew right away, “You’re here with me. OK I’m in the cot, not being cuddled and rocked to sleep.”

But I didn’t feel it was a stressful process. It just felt like we had the support. We weren’t leaving him to cry it out because that’s the one thing I really did not want to do. He was unsettled. But we were there. We were reassuring him. We told him we were there. He wasn’t on his own. And within I think it was within a week he was OK. Sometimes we had to hold his hand. Sometimes he’d push us away.

And now we put him in the cot. We say good night, turn the light off and we walk away. And he’s happily talking to himself. It’s great. And that’s life as it is now. We get the occasional wake-up overnight, but it’s a very quick cuddle. Put him down, hold his hand, and he’s back off to sleep. We are normal. So we’re so much better off than where we were.

You don’t have to sleep train your baby. Your baby will get it. It does happen. And I would say if you’re thinking about taking the Build your own Sleep plan out, do it!

I mean, it’s never going to be 100 percent perfect because I think that’s unrealistic, but it is 95 percent better than it ever has been. We are all so much happier as a result. And I totally recommend it.

Do it. It’s money well spent.

That’s amazing. Thank you so much. I know how hard it is to be so tired, so sleep-deprived, and just not know what to do. So for you to have taken that leap of faith, and to be here now nearly a year later, it’s brilliant.

I tell everybody about you and I would say if anybody’s having any issues, come and speak to you, because really, I just can’t thank you enough. We are a happy family as a result of your plan.  I just can’t get over how much happier we all are because it’s just taking that leap of faith and thinking. “Right, I’ve got to try something new” and having the confidence to say I’m going to try something new and we’ve got your support as well If there were any little hiccups.

Well, that’s brilliant. Thank you so much for giving up your time as well to do this. I really do appreciate it. And I hope there are other families out there that that take from this that actually, they’re not alone. They don’t have to struggle alone with help and it doesn’t have to cost an arm and a leg to get it either.