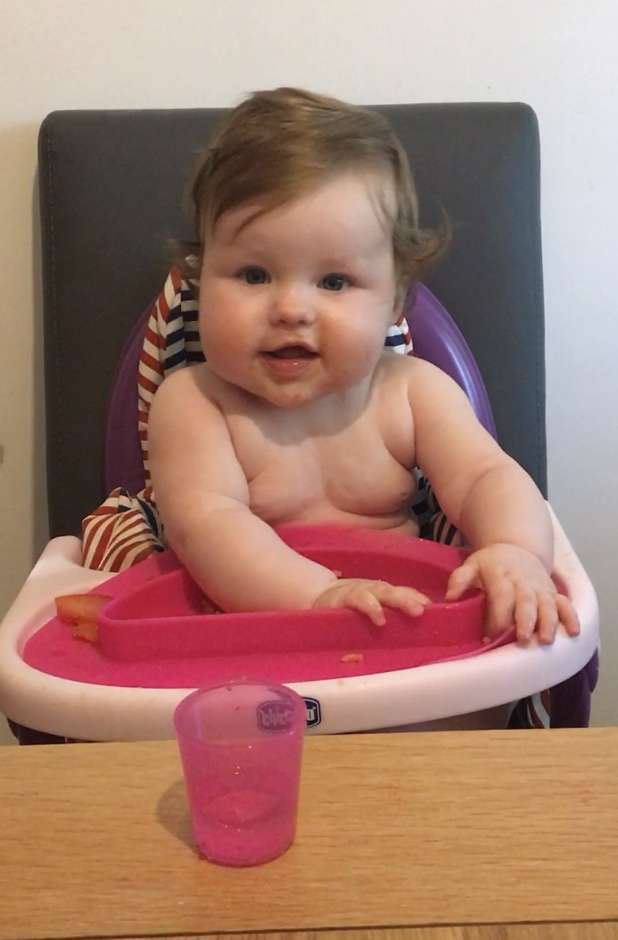 So, the first 2 days of expressing have not been as bad as I thought they would be.

Yesterday, I gave Alyssia an open cup top with water in with her lunch and she got very excited, so I decided to quickly sterilise the cup and see how she went with some breast milk in it, and she was just as excited. The cup was a bit too big, but the babycups I had ordered didn’t arrive until late afternoon, so I tried her with the cup with water at tea time and the size was much better.

This morning, Alyssia’s first nap fell about 10 minutes after I would have left for the school run, so we decided to take advantage of this situation. Alyssia had fed well just 45 minutes earlier so we knew she wasn’t hungry, but she does like a top up feed before a sleep. Daddy then gave her some milk from the cup while I was doing Sofia’s hair and she was having a beano. She didn’t have much as she hasn’t quite figured out how to drink, she still tries to lap it up using her tongue. The muslin soaked more up than she drank, but the great thing was, she wasn’t rejecting it and was actually enjoying herself, so this gives me hope.

Daddy then put her down for a nap and she went off as normal. So far so good.

I also got back to expressing today and found out the problem with the pump was that the tube to the machine was letting in air, so the vacuum effect wasn’t working. I just held it in place, and bobs your uncle, we had milk. Today was about 120 ml in 20 minutes, so a big improvement.

I think that we are going to aim for the cup to be used rather than introduce a bottle. First though, we need her to actually learn how to drink, but I am sure this will come with time. It is very early days in the journey but for now, I’m feeling positive.

Key points from the last 2 days, don’t panic if it doesn’t happen straight away, it’s going to take time.

Don’t express too much as if it goes to waste you will feel disheartened. For now it’s about practicing.

Make sure baby isn’t tired, especially not overtired when you try it.

Don’t try it as a way to get your baby to sleep, as they will be distressed if they are expecting the breast for sleep.

I’ll update you in a few days and hopefully I will have some more positive news.