Home  >  Sleep tips   >  When will my Baby Sleep through the Night? 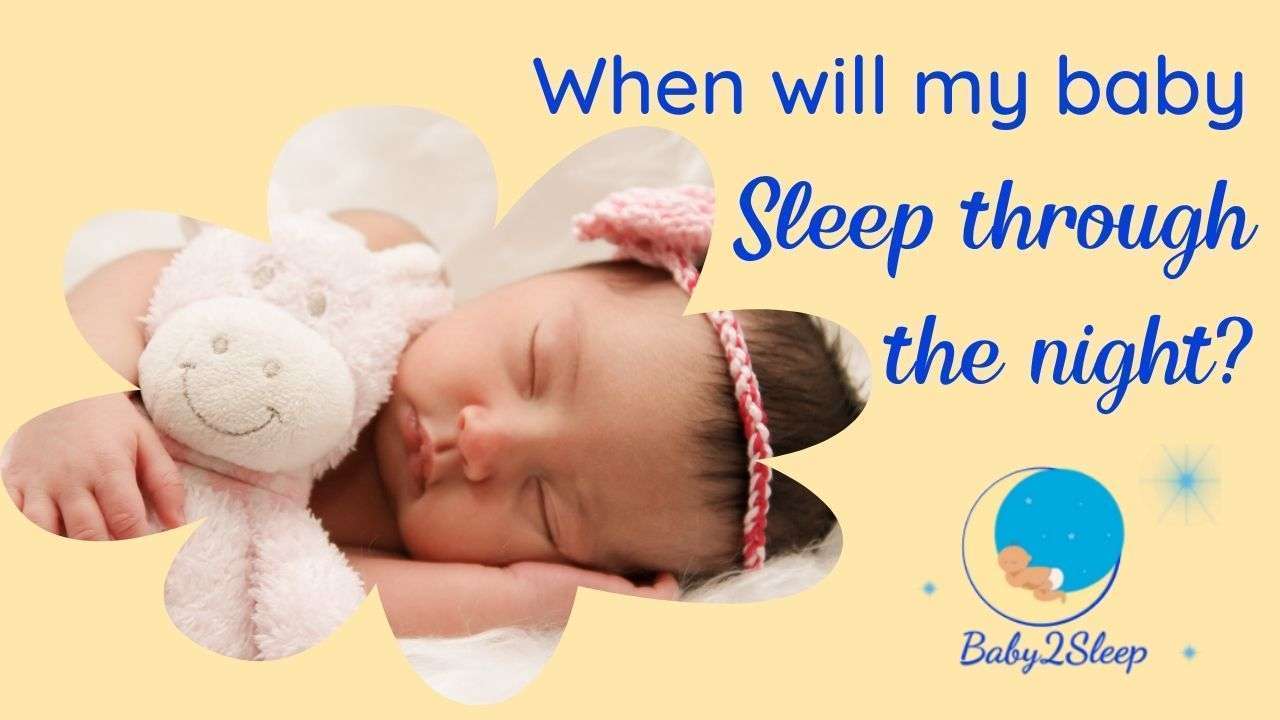 When will my Baby Sleep through the Night?

When will my baby sleep through the night?

This is probably one of the most popular questions that new parents ask me. Everybody knows that you get disturbed sleep at first when you have a new baby – but when does it end?

“Other people I know say their baby is sleeping through, so what is wrong with my baby, and when will he/she get the message?”  Take a look at today’s video or read the transcript below.

What do people mean by “sleeping through the night?”

Whatever it might be, it is really important that you take what people say with a pinch of salt or dig deeper and find out what they mean by that. However, you don’t need to dig too deep because at the end of the day, guess what? Their baby is not your baby. Your baby’s different. Your baby is completely and utterly unique. So there is no magic number as to the age when they will sleep through the night nor the hours of uninterrupted sleep that they will get.

How likely is it that a baby sleeps through the night?

The truth is that nobody actually sleeps through the night. Sleep is made up of sleep cycles. We have sleep cycles – 40 minutes to an hour each and we’ve got five different stages of sleep in each cycle. So we have four stages of non-REM sleep and we have REM sleep. The non-REM sleep is the really deep restorative sleep – that’s where the growth hormones are kicking in and the immune system is developing.

Then we have REM sleep, which is the dream sleep. That’s where memory consolidation happens. Every sleep cycle is made up of stages one and two of non-REM sleep, which are the lighter stages of sleep, stages three and four, which are the deep, slow-wave sleep, and some REM sleep as well. Every sleep cycle is made up of these stages, and a night-time sleep for children or adults is basically going to sleep, coming out of one sleep cycle, connecting it, and moving into another.

As humans, we have a safety mechanism. It’s our survival instinct as adults. We don’t generally sleep through the night. We wake up, we check our surroundings. We might make sure our pillow’s in the same place. If we don’t smell smoke, we just go back to sleep. We might check the time. And you know what? Probably nine out of ten times, we don’t even know that we’ve woken up. This goes right back to ancient times when our ancestors were living in caves and animals would come and steal their children. It was their survival instinct to make sure that everything was safe. So they woke several times a night, making sure their surroundings were safe, and then they went back to sleep. You do the same.

That’s what sleeping through the night really is.

Now, the difficulty is, and I’m sure you have experienced this yourself, occasionally you wake up in the middle of the night and then you just cannot get back to sleep. We all do it. Our brain starts to tick. We start thinking about things and then we can’t get back to sleep. And all that’s happened is we’ve come out of a sleep cycle and we haven’t been able to shift into the next cycle.

It’s no different for babies and children. They tend to have shorter sleep cycles than us. So adults tend to have longer cycles and there’s less of them through the night and our sleep is generally shorter. So most people tend to get between six and eight hours. Babies, on the other hand, get an average of 11 hours a night, and with shorter cycles, that’s a lot of cycles for them to connect together, without waking at least once.

That first half of the night is much more of a deep sleep.  And that’s where the growth hormones are kicking in and their immune system is developing. This is also a really good time for catch-up sleep. So if sleep has been pretty poor for the day. If your child is a little bit overtired, having an early night is not the end of the world, because the non-REM sleep, that’s where they’re going to catch up on sleep and that’s why an early to bed can actually mean an equal or a later rise rather than an earlier rise.

This is one of the reasons why you can find you’ve put your baby to bed and they sleep soundly, until you go to bed – and then suddenly they’re up every hour and you’re thinking  “I don’t understand this. They were absolutely fantastic in the first half of the night.” 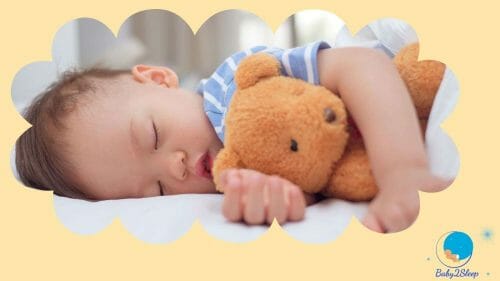 It’s to do with how the sleep is made up. So that deep, slow-wave sleep, happens first, then they’re more rested as the sleep becomes lighter. As the night goes on, it becomes harder to go back to sleep because they’re more rested and it becomes easier to wake up because the sleep is naturally lighter. As soon as you start to realise these things, it starts to make a bit more sense and you start to feel a little bit more in control because one of the things I always find the parents struggle with Is that not knowing, not understanding, why the baby is absolutely fine for the first three, four, five hours.  And as soon as you start to realise that actually around the same time, every single night, the sleep changes. It shifts from this predominantly non-REM to predominantly REM sleep, then you can see why those wake-ups become more frequent and those night wakes might become longer.

And it also explains why you start getting these early rises as well because that’s when cortisol is kicking in, because cortisol is our wakeful hormone. We get our biggest surge of cortisol first thing in the morning, which is one of the reasons you will get a lot of half four, five o’clock wake-ups, when your baby or child will really struggle to go back to sleep. At this point. hormones are against them because their body and their brain is going “it’s time to get up”.  They’ve had 9, 10 hours sleep, something like that. So they’re really rested. They might not have had quite enough, but they’ve had a really good chunk of sleep. So it’s not as easy just to go back to sleep at five o’clock in the morning as it is at seven o’clock at night.

If you understand all this, it becomes a bit easier to bear the wake-ups and to live with them. So here’s the next question 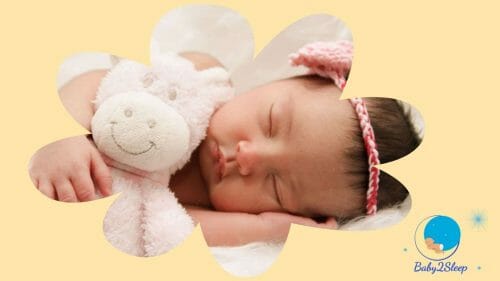 Should a baby be fed at night?

There is nothing wrong with a baby still needing feeding during the night until whatever age, really, there is no set time to stop feeding them. I’ve had so many people come to me with their six-month-old babies, thinking they should not be feeding through the night. They’ve been told that their baby does not need a feed throughout the night at six months.

I can tell you now, probably about eight in ten babies probably still need a feed or two in the middle of the night at that age, because at the end of the day, their stomachs are still small – they can only contain so much, so they need to fill up throughout the night.

If you’re breastfeeding, remember that breastmilk has those hormones in it that actually aid sleep as well. So if they wake up hungry and you feed them it will help them to get back to sleep.  And so, while we don’t want to be encouraging babies to feed, neither do we want to be forcing our babies to go without food throughout the night when they may need feeding. There are ways that you can go about that – have a look at my blog on Dream Feeds for instance.

Hopefully, this blog will help you realise that it’s totally and utterly normal for your child to wake in the night at least once, and need you to help them go back to sleep. It really isn’t the end of the world. If your baby’s fine and you’re fine, you probably don’t want to change anything.